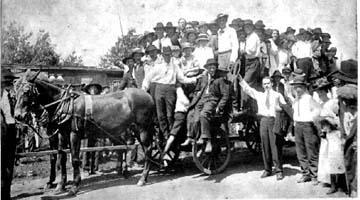 In 1880 the Seaboard Railroad built a line from Wilmington, NC to Rutherfordton. At the highest point on that line, the town of Ellenboro sprang up. In 1884 as the community of 179 people was trying to decide on a name for the town Seaboard engineer, John Robinson, proposed that it be named for his daughter, Ellen, who was dying of a fever. In return Robinson donated a large brass bell to the town. The bell hung for many years in the school, but disappeared some time after a new school building was built.

In those early days the most important social event of the year was held in early July and was known as "Big Days". Big Days celebrations drew crowds from miles around (as pictured above in a turn of the century photo, showing a prize winning wagon load of revelers). The festivities included a steam-powered merry-go-round, sack races, foot races, minstrel shows, side shows, produce sales, and lemonade dipped up from zinc tubs.

In 1928 a young agriculture teacher at Ellenboro School, Mr. A.B. Bushong, organized the first Colfax Free Fair held in early fall on the school grounds, providing an opportunity for farmers and homemakers to display their best efforts of the year: canned and baked goods, crops, and handicrafts. Students also proudly exhibited their work competing for ribbons. Beauty and baby contests were held. A major part of the fair (especially for the children) was the rides provided every year by Lee Rides. Over the years the fair, still held every September, has become a time for former students and Ellenboro residents who may have moved away to come home and visit with friends and to catch up on the year's news. 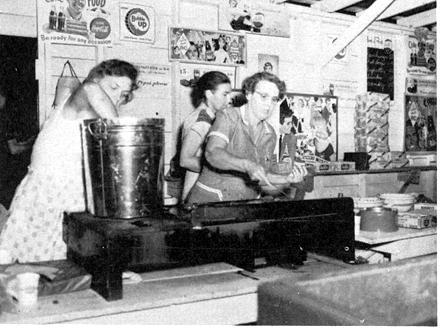 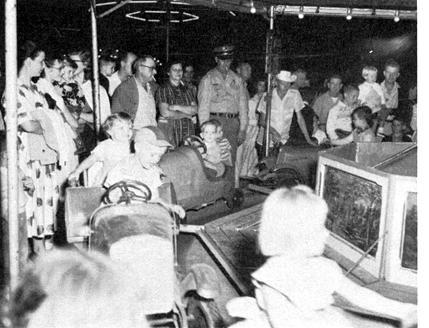 We are located in Rutherford County in the foothills of western North Carolina.